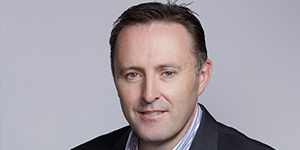 2015 marks the 30th anniversary of SMG Media Futures, our leading research into expected advertising budget and media changes for the year ahead. Since 1985, SMG has been conducting this research to advise advertisers on critical media trends and calling out the winners and losers for the coming year.

For the last five years we have conducted this mid-year update which asks advertisers to review their ad spend for the first half of the year, compare how it aligned with their earlier expectations and to revise their estimates for the back half of the year.  In today’s ever evolving consumer and technology world, the pace of change is rapid and therefore it is important to review and take stock regularly.

As we witnessed earlier in the year, continued transformation and disruption of the industry has seen flat to little growth of traditional channels become the ‘new norm’. Long gone are the days of double digit ad spend growth as traditional paid media spend is diverted to owned and earned media assets. This year’s mid-year update confirms that trend with low ad spend growth once again expected in traditional paid media channels with increased investment in owned and earned media, albeit at a slightly lower rate than was estimated earlier in the year.

Growth in paid media channels continues to be driven by digital media which is attracting a significant increase in ad spend amongst advertisers.  However half of advertisers surveyed indicated they would increase their TV ad spend by at least 10% this year, despite free-to-air TV experiencing unprecedented audience declines this year to date.  The launch and rapid growth of streaming video-on-demand services such as Netflix has contributed to this trend, with an estimated 1.5 million Netflix users already in Australia.  Free-to-air networks are relying heavily on live sport to retain their audiences as witnessed by the recent record breaking NRL and AFL broadcast rights deals.

Social and mobile were highlighted as strong growth areas for advertisers in the annual report, and this mid-year update indicates that increased investment will hit particularly in the back half of the year with 70% of advertisers expecting to increase their mobile spend and 50% expecting to invest more in social during this period.  With ever increasing time spent with these channels, it is not surprising to see advertisers following suit, however the challenge will be connecting with audiences in relevant ways across these platforms in consideration of the broader consumer journey.

Intention to apply precision marketing techniques by use of data for targeting and optimisation of online campaigns was high amongst advertisers going into the year with 70% expecting to utilise in 2015.  The mid-year update reveals that only 35% of advertisers have actually done so this year to date and there is a high degree of uncertainty as to whether advertisers will do so in the back half of the year.  Precision marketing is proving a challenge for marketers with barriers cited including lack of understanding and skills, technology, staff resources and cost.  The next few years will be critical for advertisers to work with partners who understand the challenges but also the opportunities.

As the market continues to evolve SMG Media Futures will continue to provide a deeper understanding of the changing landscape and the opportunities and challenges that it presents to advertisers.  We are looking forward to bringing you the 2016 outlook early next year but for now you can download the full 2015 mid-year update report here.