There’s an old saying used around the world, can the wolf be full and the lamb still whole? With internet content in the role of the lamb, many advertisers are concerned that adblocking gives consumers unprecedented bite, with the number of users employing adblocking services ballooning in the past 18 months. As online advertising spend continues to increase, advertisers must adapt, yet again, to a changing environment. 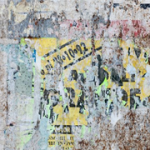 The AANA’s role as the peak body for advertisers is to protect and defend the advertiser’s ability to advertise responsibly. While the vast majority of advertisers do this to keep their commitment to consumers, what commitment does the consumer make? Internet users who adopt the role of the wolf are unfairly expecting a free meal ticket when it comes to internet content.

It’s no secret ad revenues are moving online – fast. eMarketer estimates that advertisers in Australia will spend $1.36 billion on paid mobile placements this year, up 60% from 2014 spending levels. Mobile internet ad spending will represent 29% of digital ad spending and 12.6% of total paid media spending in the country this year. Research from Deloitte shows that smartphone users overwhelmingly agree that ads on their mobile devices are more intrusive than TV commercials or digital ads they see on laptop computers. Mirroring this view, in the US, more than a quarter of internet users downloaded adblocking software last year, according to Pagefair and Adobe 2015 Adblocking Report.

With such heavy investment and yet eyeballs still being at risk, adblocking practices have been called ‘extortion’ by some industry players. Adblock Plus, a popular advertising blocker browser, allows companies, which agree to Adblock Plus’s restrictive requirements on “acceptable advertising”, the option to pay a fee in order to be “whitelisted”. Google, Microsoft and Amazon are reportedly paying the owner of Adblock Plus to unblock ads on their websites at a fee of “30% of the additional ad revenues” they would have made were ads unblocked, the UK’s Financial Times reports. For its part, Adblock Plus spruiks its mission as “just wanting to make the Internet better for everyone”, claiming that “purging bad ads is a good start”.

While Adblock’s claim may seem disingenuous, consumer choice is central to the equation according to David Scribner, Chief Executive of Virgin Mobile. He advocates that “we need to put the customer at the centre of our mindset – if a customer downloads ad blocking software that is the surest way of knowing they do not want to receive advertising through that channel”. Scribner says that Virgin Mobile is yet to see adblocking as a major inhibitor to its ad effectiveness due to the low penetration of ad blocking in Australia, noting that the Apple’s support of adblocking technology on its new iOS operating system will probably take adblocking mainstream. “We need to be open to the fact that this should be a customer led decision and process. Having that consumer input provides more information for advertisers to work with”, says Scribner.

Not to be outdone on the consumer protection angle, adblocking group Shine Technologies booked a full page advertisement in the Financial Times, claiming mobile ads consume up to 50 per cent of the data mobile subscribers pay for. In response, Scribner says that “the critical words here are ‘up to’ – it is unlikely that ads are consuming this much data”. The Shine Technology ad went on to ask mobile operators to zero-rate these data costs so that there is no charge to the consumer. Again Scribner does not agree, “Like all commercial entities, telecommunications companies deserve a fair return on their investment. You don’t get a pro-rata return on a pay-tv or newspaper subscription if there are ads that don’t appeal to you”.

Options for the future

In the midst of this maelstrom, what are the options, and potential opportunities, for advertisers and publishers?

In some good news, according to Pagefair/Adobe Report the majority of ad block users are not necessarily opposed to advertising, they are objecting to ad formats that make it harder to access content. The Deloitte research shows that half of smartphone users recognise that they get a return on the use of ads – free content. The youngest respondents were most likely to consider this a good trade-off: 63% of those ages 14 to 25 and 70% of those 26 to 31 thought smartphone ads were a fair exchange for free content.

Which brings us back to the ancient dichotomy, in modern day parlance: are consumers going to pay for internet content or live with advertising in order to keep the lamb whole? In the long run it is likely consumers will experience inferior content as result of fewer marketing opportunities, where publishers cannot make the revenue they need to deliver a quality experience. Ultimately consumers need to play their part in maintaining the content value exchange as just that, an exchange.