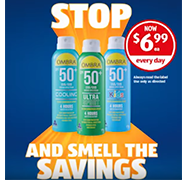 Issue: Health and Safety Bullying (non-violent)
Result: NOT IN BREACH

This TVC featured a man with a noticeable sun-burned face opening the boot of his car. From inside the car boot, a loaf of bread in a shopping bag is talking to him and telling him to use some sunscreen. The loaf of bread says he is ‘pink as a little lamb cutlet, and refers to him as a ‘shiny, shiny lobster face (read full report).

While complainants stated that the ad promoted bullying with the comment “shiny, shiny lobster face” the Board considered that the ad was humorous and light-hearted and in the Board’s view the unrealistic, fantasy situation would not be seen as bullying rather as humorous, and therefore was not in breach of the Code. 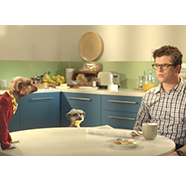 Issue: Health and Safety Bullying (non-violent)
Result: NOT IN BREACH

This TVC featured a computer generated meerkat giving a man a coffee with truth serum to elicit information from him while promoting the comparison site Comparethemarket.com.au. The meerkat says “Ah ha, now that you have drunk truth serum, answer me this. Do you only recommend health funds that make you the most roubles?” The man looks confused at his cup while the meerkat talks and then answers “No, not Compare the Market, our funds all pay the same commission.”  The meerkat finally shouts an accusation, “Is it you who’s been eating my butter?” (read full report).

While a complainant stated that “considering the ads have meerkats as the employer, to me the ad shows bullying and harassment and shows the employee becoming frightened”  the Board considered that in the context of a fantasy situation involving animals proving that the advertiser’s statements are truthful, the ad’s depiction of a man being questioned by a computer generated meerkat using a lie detector or truth serum would not be seen as bullying behaviour, and therefore was not in breach of the Code. 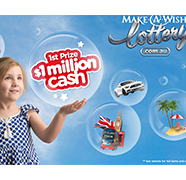 This TVC features children between the ages of 4 and 7 talking about what they would wish for if they were you (the viewer): a Lamborghini, 5 carat diamond ring, house with a cherry on top, sports cruiser, first class tickets to London. Then supers pop up on the screen about the prizes available in the Make-A-Wish Lottery and finishes with the main girl saying ‘Wishes might just come true’.” (read full report).

The Board noted that the wording of Section 2.2 of the Wagering Code is very specific with regards to Minors not being used in advertising material for Wagering products or services. The Board noted the advertiser’s response that the advertisement is not encouraging children to think lotto and gaming is okay but the Board considered that the children in the advertisement are aged under 18 years of age and using children to promote a wagering product or service is a clear breach of Section 2.2.

The Board then considered whether the ad depicted material contrary to Prevailing Community Standards on health and safety, provision 2.6 of the Code of Ethics and considered that the children were not talking about engaging in gambling or wagering themselves but rather they are saying what they would wish for if they were someone else, presumably an adult. The Board noted however that at the end of the ad a young boy said he would “get tickets for the Make A Wish lottery”. The Board noted that this product is legally allowed to be advertised and considered that while advertisers should take extreme care when using children in these types of advertisements, in the Board’s view there is no suggestion that these children are themselves participating in wagering activities and the advertisement is unlikely to encourage children to want to participate in wagering activities.