In each edition of Code Crux we’ll take a look at a provision of the AANA Codes and shine a light on the key principles. Christmas is coming…and it’s peak pester power season, whether it’s asking for something over and over again or leaving a magazine open with strategic sticky notes. 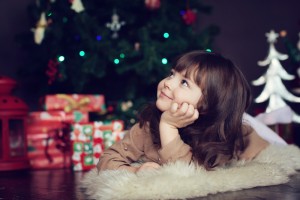 It’s important to remember that advertising and marketing directed primarily to children must not invoke pester power – that is an appeal to children to urge their parents or carers to buy them a product. Marketers should not encourage children to make a nuisance of themselves to parents or others or undermine parental authority.

Whether advertising or marketing is directed primarily to children is determined by a number of factors. The assessment requires a weighing up of the nature of the product or service, the theme of the marketing communication; whether the material tells a story from the child’s perspective; the complexity of the storyline; the visuals and language used; the age of the actors or characters; and the nature of the call to action.

Last Christmas a major toy manufacturer was found to have breached the AANA Children’s Code with their TV advertisement urging children to “add the toy to your letter to santa.com”. The Advertising Standards Board (“the Board”) considered that the advertisement was directed primarily to children given the theme of the advertisement (the promotion of a car and robot monster), the visuals, (children putting the track and launch ramp together) and the language used (an excited male voice talking about the features of the toy and accessories). The Board considered that although it is likely that the toy would be purchased by an adult, the overall tone of the advertisement was directed primarily to children under the age of 14 years.

The majority of the Board felt that during the Christmas period in particular, the suggestion that a particular toy should be added to a letter to Santa put extra pressure on parents and carers to purchase the toy for Christmas.

Similarly advertising cannot state or imply that a product makes children who own it superior to their peers. One case considered by the Board looked at a promotion for a new toy which suggested that children would be “left behind” if they did not have it. The Board considered that the overall tone of the advertisement and the amount of information provided was intended to attract the attention of parents or care givers who are likely to be buying presents for children. The Board noted that the presenter opens with “looking for the perfect toy for your child?…” and agreed that as the opening statement of the advertisement, it was a clear call to parents to consider buying the toy rather than directly targeting children themselves.

Here the Board decided that the promotion was not directly primarily to children but if it had been, this type of statement may well breach the Code.