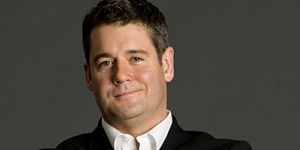 Mark Ritson is a Professor of Marketing at Melbourne Business School. He has a PhD in Marketing from Lancaster University and has been a faculty member at some of the world’s leading business schools teaching marketing and brand management on the MBA programs at London Business School, MIT Sloan, the University of Minnesota and Melbourne Business School. He is widely acknowledged as one of the world’s best marketing instructors and has been the recipient of the Best Teacher Prize at LBS (2002), MIT (2009) and MBS (2008, 2009, 2010 & 2013).

An avid writer on branding, Mark has written a weekly column on the topic in the UK for Marketing Week for over a decade. He has twice been awarded the Business Columnist of the Year at the PPA Press Awards, the highest award for magazine journalism in the UK, in both 2010 and 2013.

His more scholarly publications include articles published in Sloan Management Review, the Harvard Business Review, the Journal of Advertising, and the Journal of Consumer Research. He was the recipient of the Ferber Award in 2000, one of the most prestigious prizes in Marketing, for his doctoral thesis on the social uses of advertising. In 2001 His co-authored research on pricing was cited by George Akerlof during his Nobel Prize acceptance speech.

He lives somewhere between Tasmania, Melbourne and London.