In “From the Bench”, we take a look at cases or legislation that impact advertising and marketing communication. In this edition Michael Park, Partner and Jamie Griffin, Senior Associate at Norton Rose Fulbright Australia examine the practical impact of the metadata retention scheme for both businesses and the public. 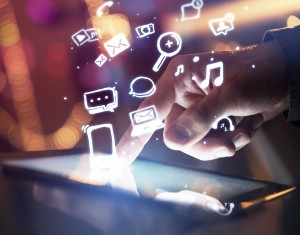 On 13 October 2015, substantial amendments to the Telecommunications (Interception and Access) Act 1979 (Cth) (TIA) took effect to introduce a new metadata retention scheme into the TIA. This scheme requires telecommunications carriers and internet service providers (telcos) to maintain records of certain telecommunications data, known as ‘metadata’, for a period of two years.

What is being kept and why?

Under the scheme, metadata is required to be retained so that law enforcement and security agencies can access this data for law enforcement and security purposes (which they can do without needing to first obtain a warrant). In the case of metadata relating to journalists, a specific ‘journalist information warrant’ must be obtained before an agency can access metadata about a journalist.

What is the practical impact for telcos?

The commencement of the metadata retention scheme introduces another set of regulations that need to be complied with. The Federal Government has indicated that it will make a ‘reasonable contribution’ towards the costs of implementing the scheme and has established a fund of $130 million for this purpose (which is less than some estimates by the telcos for the total cost of implementing the scheme).

However, the amount and manner of any financial assistance to be provided to individual telcos still remain unclear. A number of media reports also indicate that many telcos have sought approval to enter into ‘data retention implementation plans’, which would allow the telcos up to 18 months to become compliant with the metadata retention scheme.

What is the practical impact for the public?

The introduction of the scheme means that a high volume of metadata will be kept about various online activities and communications of an individual, even though an individual has not committed or been accused of any crime. The Privacy Act 1988 (Cth) will apply to all metadata retained by telcos under this scheme, so existing protections under that Act will cover any metadata retained in relation to individuals.

There is also a risk that, once retained, such metadata could be accessed and used in other ways. Metadata may be a target for hackers or cyber-criminals (although the TIA requires that any metadata collected under the scheme be stored in an encrypted format and protected against unauthorised access or disclosure). Additionally, there is a possibility that metadata could be the subject of a subpoena or otherwise used in civil proceedings (such as commercial litigation or in family law proceedings).

When the introduction of a metadata retention scheme was being debated in Federal Parliament, one of the important recommendations of the Parliamentary Joint Committee on Intelligence and Security was that a mandatory data breach notification scheme should be introduced to provide additional protections. Under such a scheme, Australians would in certain circumstances be notified if there was unauthorised access to, or an unauthorised disclosure of, their personal information that was being held by a Federal Government agency or private sector organisation (which would include the information retained by telcos under the metadata retention regime).

As we reported at the time, in March 2015 the Federal Government agreed to support this recommendation and indicated that a mandatory data breach notification scheme would be introduced by the end of 2015. The Government also stated that it would consult on draft legislation to introduce such a scheme.

Recent comments in the past few days by the Federal Attorney-General have clarified the Government’s intention in this regard. The Attorney-General indicated that a bill for mandatory data breach notification laws would be introduced into Federal Parliament this year, but that the scheme itself would not commence operating this year. As the last sitting day this year for Federal Parliament is 3 December 2015, we expect to see the proposed legislation by early December at the latest. It appears likely the proposed legislation will amend the Privacy Act 1988 (Cth) to introduce the requirement for mandatory data breach notification to Federal Government agencies and private sector organisations that must comply with that Act.

Once mandatory data breach notification does become law, and there now seems little doubt this will occur during the course of the next year or so, it will put a whole new spin on privacy reform. There will be nowhere to hide in the case of a serious privacy breach, with the very real prospect of a costly class action following the breach, as has been the case in North America.