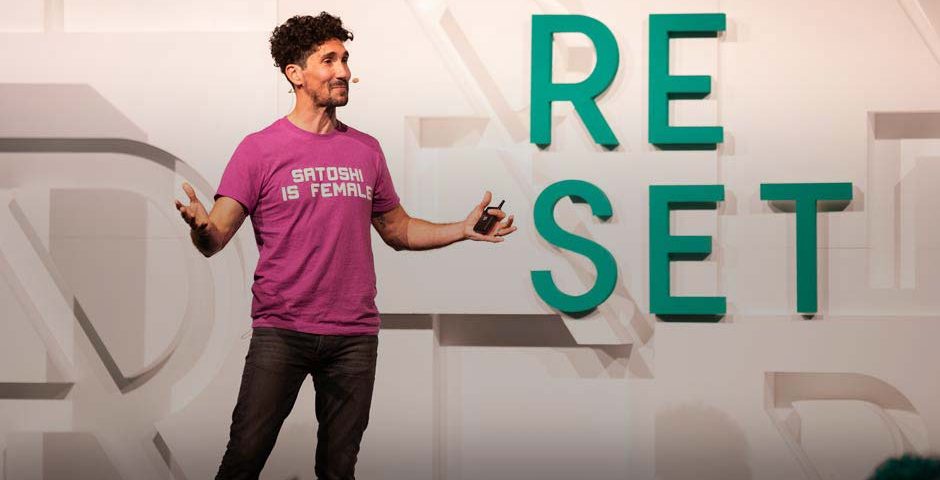 At the 2022 RESET Live conference, we could see AANA’s values and global partnerships coming to life, embodied in the leadership of the speakers.

At the 2022 RESET Live conference, we could see the AANA’s values and global partnerships coming to life. This year’s theme – bigger, bolder, braver – was embodied in the leadership of the speakers that took the stage.

As the day went on, a few key concepts emerged: diversity, inclusion and purpose – the power of using your brand or life’s work as a force for good.

Martin Brown, AANA Chair and GM, Coffee & Dairy Nestlé Oceania, opened the day by discussing “How we lead through change can set the agenda.  Brands can be the comforting continuity, the reliable consistent presence in an uncertain world.”

“They can be the hope of a brighter future and they can be the challenge to lift and be better as a community. The opportunities in front of us to lead are more exciting than ever and they demand bigger, bolder and braver leadership.”

Taking the stage first up was 2022 Australian of the Year Dylan Alcott. Dylan was captivating. There were moments when you could have heard a pin drop, others when the audience was roaring with laughter and in between that tears, discomfort, and lightbulb moments.

Dylan’s attitude and perspective on life shone above all else. Rather than shying away from life after becoming a paraplegic as a baby, Dylan has made the most of the events that have defined his life, saying, “it’s how you perceive those events that determines the path you will take.”

“With a little bit of effort and asking questions, you can change someone’s life – but you might never even see it.” said Alcott.

Dylan Alcott concluded his keynote speech talking about purpose. But instead of brand purpose, he referenced his purpose in life. While he is grateful and humbled by his stellar sporting success, he said he chose wheelchair tennis because it would give him the largest possible platform to deliver on his life’s purpose. That purpose is to “change perceptions so people with disability can live the lives they deserve to live”. He is making this happen through his work at the Dylan Alcott Foundation.

Luke Pearson, founder and CEO of IndigenousX drew a parallel between the issues facing Indigenous people – such as a lack of dignity, constantly coming up against stereotypes, and facing obstacles to access – to the barriers that Dylan said people with disabilities meet.

Each of the morning’s speakers spoke about a lack of role models in mainstream media for minority groups. Julie Stevanja, the co-founder of Stylerunner and Her Black Book, struggled to find female role models in the tech and start-up worlds.

She said the lack of women in venture capital was a key barrier to securing funding for Stylerunner. Julie explaining that “only two per cent of female founders are successful” in landing venture capital funding.

Edwina McCann of Vogue joined Julie in highlighting the dearth of women in tech roles and the lack of female tech entrepreneurs for the next generation to look up to, with both expressing the need for greater representation of women in male-dominated industries.

The afternoon sessions were about using advertising as a force for social change.

We heard from co-founder and creative Beto Fernandez from Activista LA share how to think like an Activist and how some of the biggest businesses in the world are using purpose as a growth tool and mechanism to create a deeper, more emotional connection with consumers.

Activista LA’s resolve to ‘create acts, not ads’ has seen them become some of the most awarded creatives on the planet. Beto describe examples of brands using their voice to drive social change, such as Dove, United Nations DP and Ren Skin Care.

Following lunch Dee Madigan, Executive Creative Director, Campaign Edge, took to the stage reminding the room of the importance of politics as a force for social change; “Politicians are driven by the public. And if the public don’t like us, it’s very hard to be part of those conversations. We want the politicians to listen to us, we have to have political power,” said Madigan.

The last speaker of the day was self-professed alternative futurist Gus Balbontin who covered Blockchains, Cryptos and Art: The adaptability you need to ensure you don’t miss out on the next 20 years of change.

The AANA used its own brand voice to champion positive change by advocating and encouraging advertisers to champion the global race to net zero. Martin Brown described the most significant challenge facing humans today as climate change. To this end, the AANA has joined the World Federation of Advertisers’ Planet Pledge.

As part of this commitment, AANA offset all RESET ticket holders carbon footprint. Estimating what each ticket holder would have expelled to attend the day and offsetting 55kg of carbon (CO2e) per person, a total of 24.75 Tonnes.

To round out the day, Jenni Dill, CMO of The Arnott’s Group and AANA board member, urged the advertising industry to consider what they can take away from the day, “think about the change you want to be, think about the change you want to see and most importantly, when thinking about the power of the advertising dollars, brands and media owners in room – we really can do some good if we choose to.”

The power of advertising and marketing to drive positive change and make a difference is real – it’s up to us to use this inspiration as a force for good on the brands that we manage. 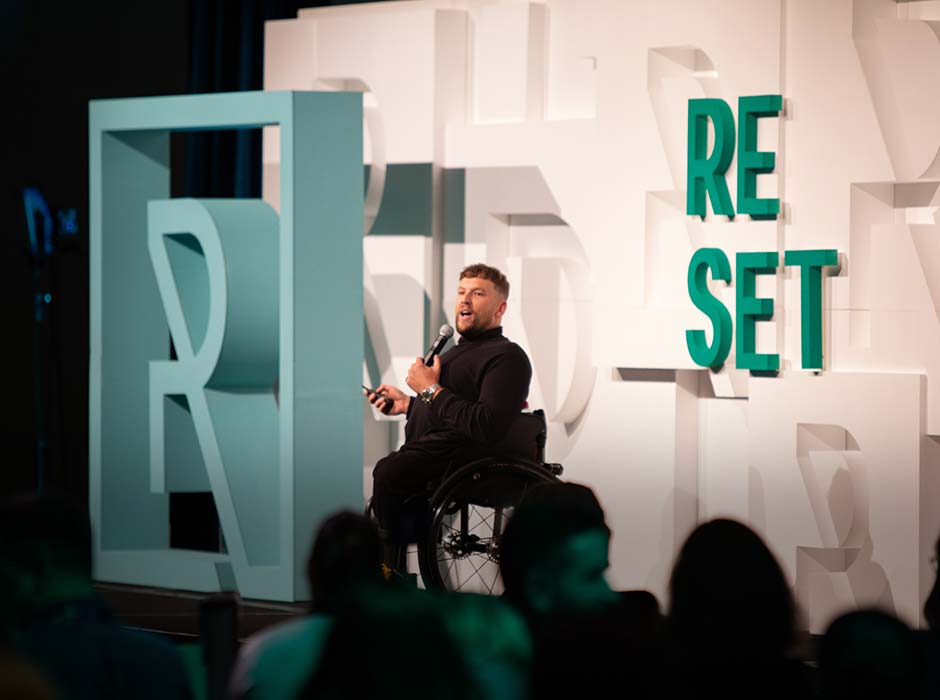 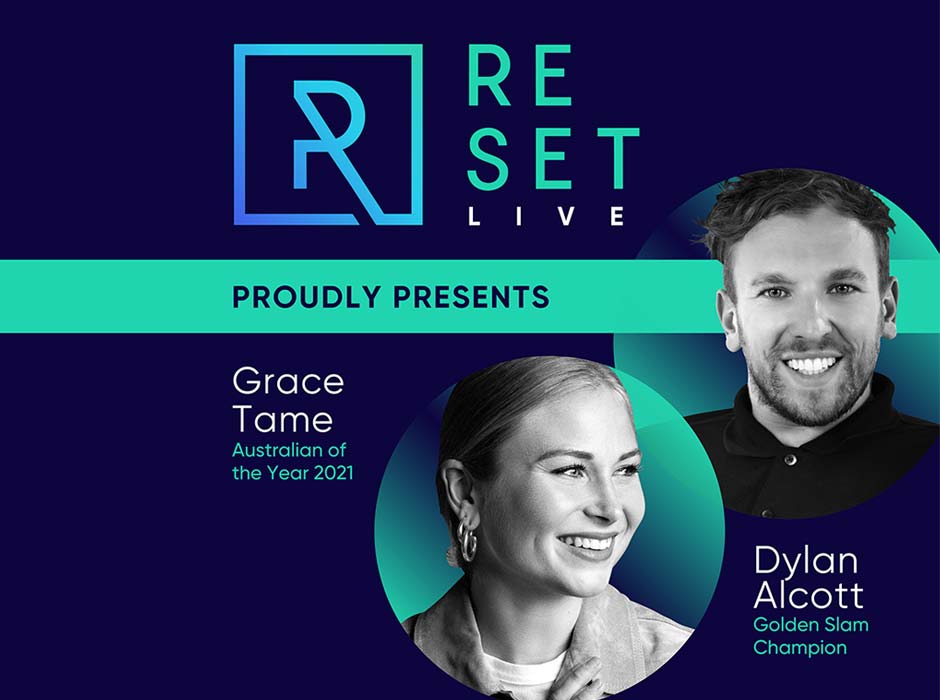 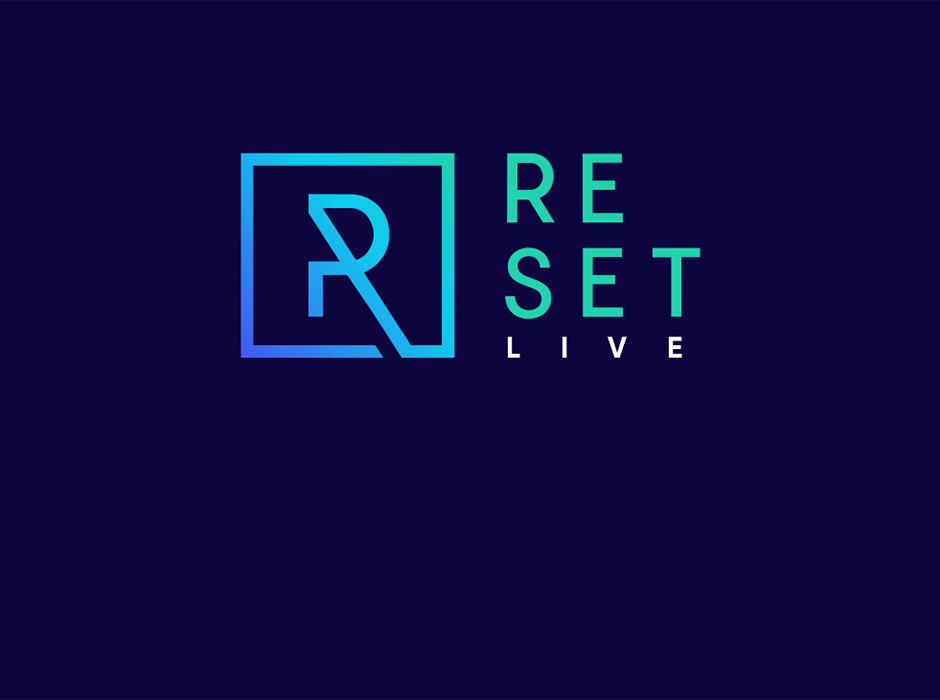 RESET presented by the AANA confirmed for February 2022