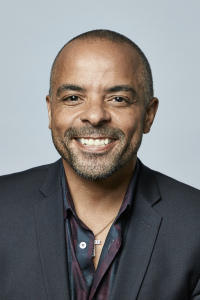 Jonathan started his career as a graduate trainee in 1990 at McCann-Erickson (an agency he will be forever grateful to for the “wild card” bet they made on him). Over the next 15 years Jonathan rose rapidly through the ranks of the London Ad industry working at some of the world’s most respected creatively-driven agencies including BBH, Lowe Howard Spink, Howell Henry, TBWA and Mother. During this time he also worked on some of the world’s most compelling brands including Audi, Smirnoff, Alfred Dunhill, General Motors, Guinness and Playstation.

In 2005 Jonathan spent the summer at Harvard Business School on the Advanced Management Program—an experience that was the turning point in his professional trajectory.

In 2006 Jonathan joined The Coca-Cola Company as VP, Global Advertising Strategy and Creative. In 2007 Jonathan lead the introduction of Coca-Cola’s global marketing platform “Open Happiness,” an initiative that helped contribute to the most profitable growth period in 20 years, helping increase Coke’s share price from $29 to $81. Furthermore, the ‘Open Happiness’ platform went on to become Coke’s most awarded marketing platform in history and helped snare the prestigious accolade of 2013’s Creative Marketer Of The Year at the Cannes Lions International Festival Of Creativity. This was a career highlight for Jonathan.

In 2014 Brian Chesky, CEO of Airbnb, called Jonathan and asked him to dinner. A one hour dinner turned into two hours, then three hours, at which point Jonathan was sold on Brian’s vision to propel Airbnb into the world’s first community-driven SuperBrand.

Jonathan joined Airbnb in June 2014. He says he has never worked harder, never worked smarter, never felt more creative in his life. He says, “Airbnb has literally taken twenty years off me – I feel as energized and excited about the work that I do as I did in my late twenties.” My job is to create the most preeminent 21st Century SuperBrandMarketing organization. I have no idea how I will do it. But that’s really the best part about it. We get to invent a whole new playbook.”